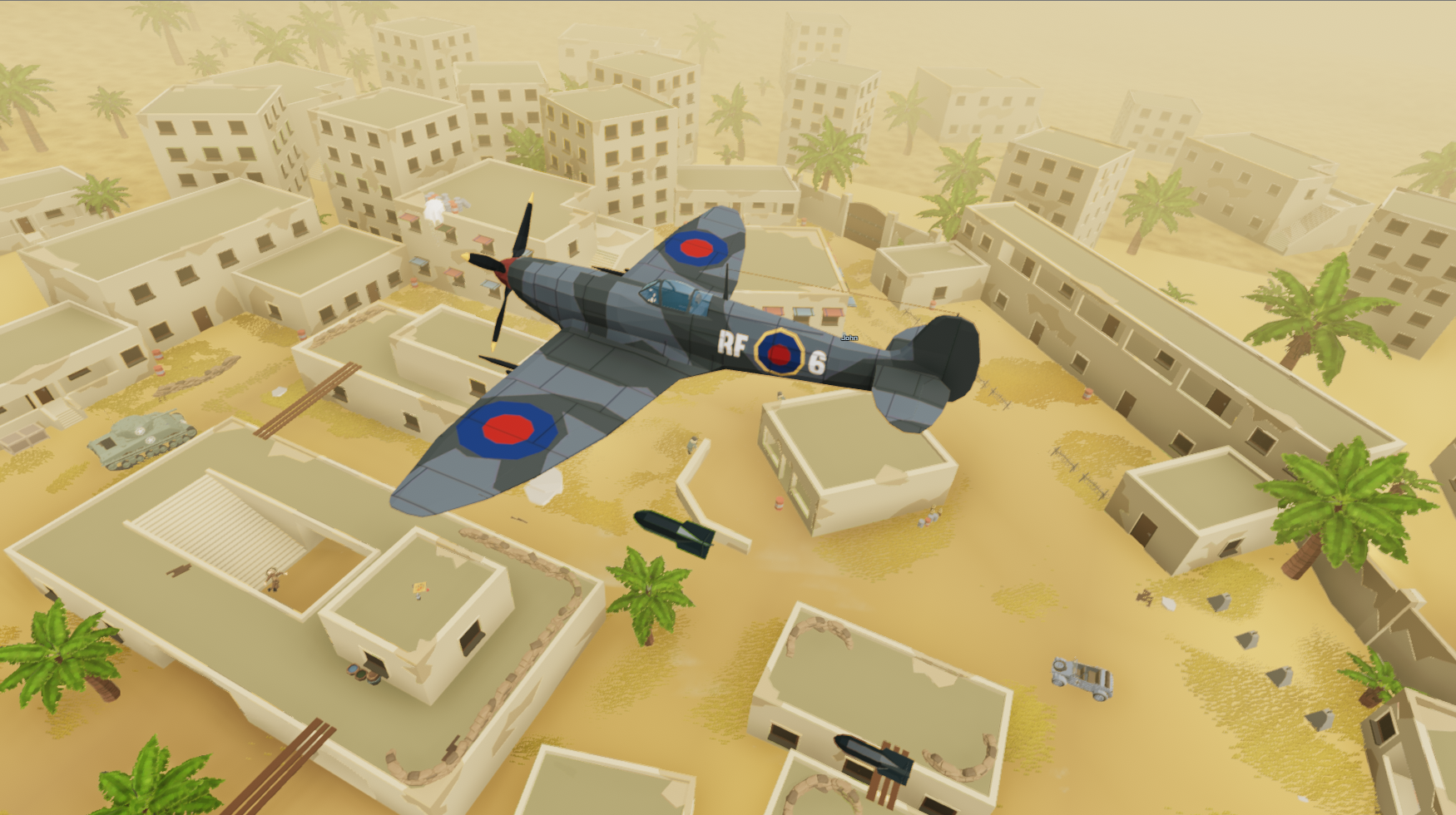 Today we will introduce a map – Tounine, which you can already know from our demo.

As we mentioned last time, each map will have only one game mode. For Tounine we chose Death Match game mode, where the Germans and the British will fight against each other during World War II.

In addition, we have one news for you, each map will contain at least one feature that will be unique only to that map.

In Tounine it will be a combat aircraft that will fly over the battlefield at certain time intervals and drop bombs. Players will have to watch out for the enemies, but also for the bombs.